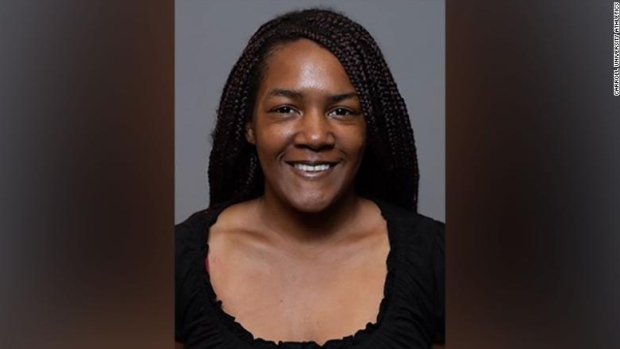 BOSTON — Bianca Smith has always wanted to work in baseball. And for years she followed a path she hoped might set her up to be a major league general manager.

Instead, she’ll soon be breaking barriers on the field.

In March, Smith will begin her new role as a Red Sox minor league coach, becoming the first Black woman to serve as an on-field coach in major league history.

“I didn’t consider myself a role model before this,” Smith said Thursday. ”It’s still kind of weird to think that, to be honest. That wasn’t really my intention when I took the job. But I’m happy if my story can inspire other women, other women of colour, other people of colour, or really anybody. I don’t want to put limits on it. If anybody is inspired by the story, then even better.”

It is the latest historic move in recent years for the Red Sox, the last major league team to field a black player.

Alex Cora became the franchise’s first Latino manager when he was hired in 2017. He went on to lead the Red Sox to a franchise-record 108 regular-season wins and a World Series title in his first season.

But Smith said the job for her is less about smashing a glass ceiling as it is finally getting her chance to coach full-time.

“I still have to really wrap my head around it,” she said. “Yes, I’ve been coaching for multiple years, but all of my coaching positions have always been with either a secondary duty or I had to work a second job so I could coach. So this will be the first time where I get to just focus on coaching.”

Though she didn’t grow up in a baseball family, Smith got her love of baseball from her mother, who introduced her to the game at around 2 or 3 years old. That, and a little help from some 1990s baseball movies.

“’Rookie of the Year,' ‘The Sandlot,’ ‘Angels in the Outfield’ — I saw those and that continued my love of the game,” the 29-year-old said. “And then I kind of studied it on my own. Learned the strategy. And that was probably one of my favourite parts, was that I could follow the strategy watching game without having to actually play.”

Smith played baseball and softball growing up. Still, as a teen her she thought she wanted to be a veterinarian and worked for the local vet in high school.

“I took one biology class and I knew this might not be the path for me,” Smith said.

It was after she started working for a local YMCA that she realized she still had a love of sports.

As an undergrad at Dartmouth she played softball for two years as well as club baseball.

It was also during her time there that she approached Dartmouth’s baseball coach about serving as a team manager. She went on to serve several roles for the baseball program before graduating in 2012.

Later, while pursuing a sports management and sports law degree at Case Western Reserve, she volunteered as the team’s director of baseball operations and later as an unpaid graduate assistant.

After internships with the Texas Rangers in 2017, Major League Baseball in 2018 and the Cincinnati Reds in 2019, she was even more focused on chasing a dream to become a GM.

In August 2019 she signed on to be the assistant athletic in charge of compliance Division III Carroll in Wisconsin. But like she’d done in previous stops during her career, she soon found herself approaching the school’s baseball coach to volunteer to be an assistant.

She became the school’s hitting co-ordinator, while also helping to analyze video and analytics.

It was in mid-November that the Red Sox reached out her.

The new role has also refocused Smith’s goals, from wanting to be a GM to wanting to one day be a major league manager. But she acknowledged that was never the end goal.

“It is kind of representation. I’ve never seen another Black woman coaching, especially in baseball,” Smith said. “So it just never crossed my mind that that might be an opportunity.”

She said she doesn’t regret the atypical path that got her to get to that point.

“It took me a while to finally just accept, you know, ignore the expectations, do what I want to do, do what I’m interested in,” she said. “I want to be a manager. I don’t see that changing anytime soon. ... I want to learn as much as I can and get to that role."