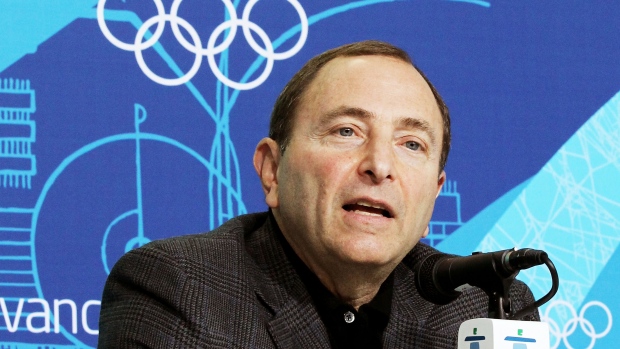 The National Hockey League is fighting Boston University CTE Center over the research department’s refusal to turn over records related to its study on the brains of deceased professional athletes.

In a Jan. 19 filing with U.S. federal court in Minneapolis, lawyers for the NHL asked the court to order the school to produce those documents. The dispute is related to a lawsuit filed by more than 100 former NHL players against the league arguing that it has put its profits ahead of their health.

The players contend that the NHL knew or should have known that concussions cause later-in-life brain diseases such as chronic traumatic encephalopathy, or CTE. A court hearing about the records dispute has been set for Feb. 17.

“The materials requested from the BU CTE Center are indisputably relevant both to plaintiffs’ claims and the NHL’s defense,” the NHL wrote in its court filing. “Plaintiffs have made it quite clear… that they believe the BU CTE Center’s work will be integral to proving their claims. In turn, the Center’s data, studies, methodology, public assertions, and their scientific bases must all be considered highly relevant.”

Boston University’s CTE Center could play a key role in the players’ lawsuit. The centre, run by Dr. Ann McKee, maintains what it calls the largest brain repository in the world dedicated to the study of CTE. In an interview with ESPN broadcast on Jan. 15, McKee said her centre had conducted 273 autopsies of former amateur and professional athletes, including five NHL players.

The NHL sent a subpoena to Boston University on Sept. 1, 2015. It wants the school to produce documents that show which study subjects were examined and were not diagnosed with CTE, documents to identify all athletes who have donated or who have agreed to donate their brains to be examined, as well as any pathology photographs related to the study of the brains of former hockey players.

The NHL also wants the school to hand over any communications that discuss whether there is any variation in CTE diagnoses in the brains of former boxers, football players and athletes from other sports compared with those of hockey players.

Boston University has refused the NHL’s request, citing the confidentiality of study subjects.

“Boston University objects to the production of any documents concerning the study of the brains of individual hockey players whose families declined to authorize the release of such information or pertaining to research subjects whose participation in funded research studies was conditioned upon assurances of confidentiality,” the school’s lawyer wrote in an Oct. 26, 2015, letter to the NHL.

The NHL has denied any link has been proven between concussions and CTE. Commissioner Gary Bettman has blamed the media for fanning fear about the long-term effects of head injuries.

''The confusion in the press about CTE, no doubt further fuelled by plaintiffs' counsel in the NHL litigation, relates to the simple and incontrovertible fact that none of the brain studies conducted to date can, as a matter of accepted scientific methodology, prove anything about causation, a primary subject of your letter,'' Bettman wrote in a July 22, 2016, letter to a U.S. Senator Richard Blumenthal.