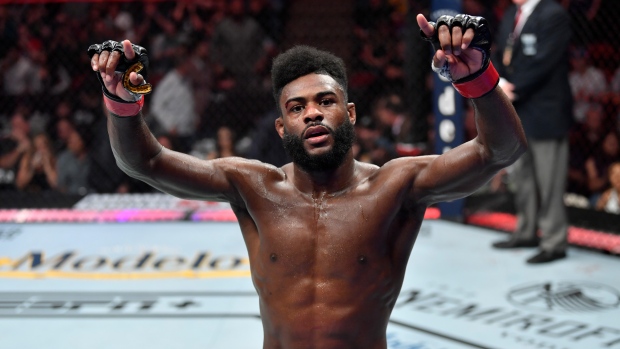 A bantamweight bout between second-ranked Aljamain Sterling and fourth-ranked Cory Sandhagen is in the works, sources close to the situation told TSN.

The promotion was looking to add the bout to the UFC Fight Night event currently scheduled for May 16 at Pechanga Arena in San Diego, however that could change given the uncertainty surrounding the UFC’s upcoming schedule due to the ongoing coronavirus pandemic.

Initial reports indicated that the promotion was looking to book Sandhagen against former champion Dominick Cruz, who trains in San Diego, but has been sidelined for more than three years due to injuries.

"What I know to be true is that (Cruz) asked to fight in San Diego, I’ve been asking for a fight from any of those guys ahead of me, (Petr) Yan, (Marlon) Moraes or Aljamain (Sterling)," Sandhagen told TSN last week. "Then I heard that Cruz was looking for a fight and I thought perfect, I wanted to get something in May at the latest. I think the UFC was on board with doing that fight and then, from what I understand, Cruz asked to also be on that San Diego card and then changed his mind and didn’t want to fight on the card. You can interpret that however you want, but that’s the information that I got."

The bantamweight title is currently scheduled to be defended at UFC 250 on May 9 where champion Henry Cejudo defends his belt against Jose Aldo in Sao Paulo, Brazil.

In addition to Sterling potentially facing Sandhagen, top-ranked bantamweight Marlon Moraes is expected to face third-ranked Petr Yan on June 13 in Kazakhstan and the results of those two bouts will likely determine the next challenger for the title.

Sterling is currently on a four-fight win streak, while Sandhagen holds a 13-1 record, which includes a five-fight UFC win streak.

Both fighters’ gyms are currently closed due to the Centers for Disease Control's recommendations that gatherings be kept to less than 10 individuals.