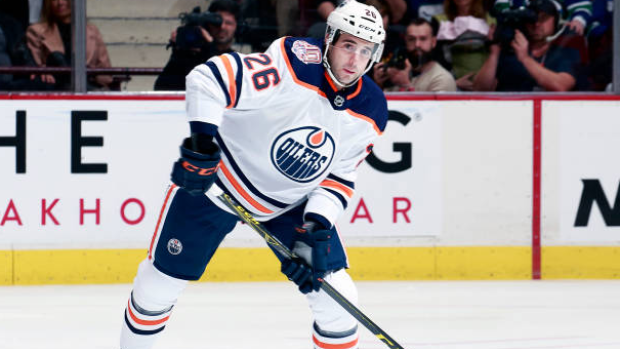 Defenceman Brandon Manning of the Edmonton Oilers' affiliate Bakersfield Condors has been suspended by the American Hockey League for directing a racial slur towards an opponent during Monday night's game against the Ontario Reign.

Later on Tuesday, Manning issued an apology through the club.

"Last night I made comments to an opposing player that were stupid and offensive," Manning said. "After the game, I spoke with the opposing player in person, which I’m very grateful for. He allowed me to apologize and I took full responsibility for what I said. To say I’ve learned from this situation is an understatement and I promise to be better.”

Keith Gretzky, the general manager of the Condors, also commented on the matter.

“We are aware of an unacceptable comment directed toward an Ontario Reign player by Bakersfield Condors defencemen Brandon Manning during last night’s game," Gretzky said in a statement. "This is a very serious matter, we are disappointed by Brandon’s comment and we fully support the American Hockey League’s decision. The Oilers and Condors organizations wholeheartedly believe in a respectful workplace and will work to better educate our players on appropriate conduct on and off the ice."

Manning, 29, is in his second season with the Condors.

A veteran of 249 NHL games over seven seasons, Manning has played for the Philadelphia Flyers, Chicago Blackhawks and Oilers.