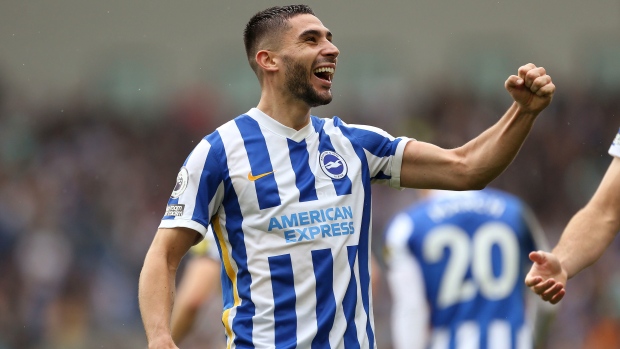 BRIGHTON, England (AP) — Brighton maintained its impressive start to the Premier League season with a 2-1 win over Leicester on Sunday.

VAR benefited Brighton as Leicester had two equalizers ruled out in the final stages, with Harvey Barnes judged to be offside and obstructing the goalkeeper on both occasions.

Neal Maupay put Brighton ahead from the penalty spot in the 35th minute, sending goalkeeper Kasper Schmeichel the wrong way, and Danny Welbeck doubled the hosts’ lead just after the break with a well-timed header.

Jamie Vardy pulled one back in the 61st with his 150th goal for the club on his 250th Premier League appearance.

Brighton has 12 points from five games, only one point less than the early pacesetters.