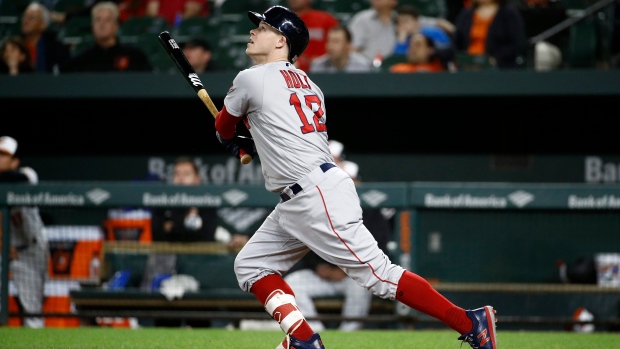 PHOENIX — As spring training approached and he remained unsigned, Brock Holt got antsy.

"I thought free agency was going to be a fun thing to go through, but it wasn't. Pretty stressful," Holt said Wednesday after finalizing a one-year deal with Milwaukee. “I don't think I dealt with it that well. My wife over the last couple weeks is like, `Hey, you need to get a job and get out of here.' So I think she's finally excited I'm out of the house and not stressing about it.”

Holt's deal includes a team option for 2021. The 31-year-old left-handed batter had spent his first eight major league seasons with the Boston Red Sox and was an All-Star in 2015.

Holt hit a career-high .297 last year with three homers and 31 RBIs in 295 plate appearances while playing every position except pitcher, catcher and centre field.

“Ï told him that you don't know where you're going to play, you just know that we'll find a spot for you to play," Brewers manager Craig Counsell said. “He comes with a great reputation from everywhere that he's been."

“I don't care where I play, just as long as I'm out there and able to help out," he said "That's kind of what's helped me stay in the big leagues and create a career for myself.”

Holt got off to a 1-for-16 start last year after he was scratched in the right eye by 2-year-old son Griffin before the season opener, then went on the injured list April 6. Slowed by right shoulder inflammation, Holt didn't return to the Red Sox until May 27.

"It gives Craig tremendous flexibility. It allows him to mix and match in a variety of different ways over the course of the season depending of who's healthy, who's performing, who we're playing," Brewers president of baseball operations David Stearns said.