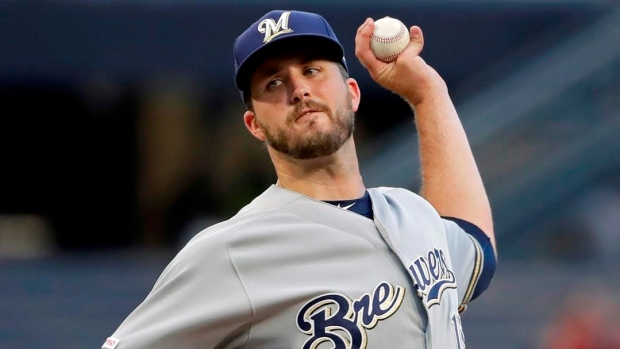 PEORIA, Ariz. — The San Diego Padres are not taking their long tradition of bullpen excellence for granted this season.

“It’s a culture that was created a long time ago, and it’s now under our watch to keep that going,” said Stammen, who has energized his career with the Padres after a torn flexor muscle forced him to miss 2016.

“We take that very seriously. We don’t want to be the weak link in the chain, and I think the way they built the bullpen this year, we’ll keep that tradition going.”

Hall of Famer Trevor Hoffman (601 saves) passed the baton to Heath Bell, Huston Street and Craig Kimbel in the mid-2010s before Yates had 41 saves in his first full season as closer last year, when the bullpen slipped to a 4.52 ERA, its highest since 2003.

“To be in an organization with some serious history in the bullpen is pretty cool,” said Pagan, who acquired from Tampa Bay three days before the opening of spring training for Manuel Margot.

“If anything, it raises expectations for us a little bit. That helps us put a little more work into it, knowing there were guys ahead of us that kind of set the tone for what we can be. It should be a lot of fun,” he said.

Pagan, 28, had 20 saves after taking over the full-time closer’s role in Tampa Bay following the All-Star break last season.

He was 4-2 with a career-low 2.31 ERA with the Rays, with a career highs in strikeouts (96) and innings (70). The Padres are his fourth team in as many seasons, which has included playoff runs in Oakland and Tampa Bay.

“I’ve always believed I could be successful at this level, but I proved to myself I could do it on a consistent basis,” Pagan said.

“I’m a pretty confident person, but to have the actual successes, it goes a long way. For me, being able to be successful in the AL East against those types of lineups was pretty special.”

Pomeranz scuffled as a starter with San Francisco last season but regained his form in the bullpen following a trade to Milwaukee at the July 31 deadline. He was 0-1 with a 2.39 ERA, two saves and 13 holds in 25 appearances with the Brewers.

“As a group we were just ready,” Pomeranz said. “Roles weren’t really a thing. It was just whoever (manager Craig Counsell) was feeling in that situation. We thrived with that. We all knew that when the phone rang, it could be any one of us. We embraced that and we were ready for anything.”

Yates, who was the fourth pitcher in franchise history to reach 40 saves after Hoffman, Bell and 1989 Cy Young Award winner Mark Davis, said the new arms will be beneficial.

“I think our bullpen got a little bit tired in the second half and cost us come games and we fell out of the (NL West) race,” Yates said. “This year will be a little different, based on what we have at the top of the rotation and the bullpen that we have. I think every arm in the bullpen is going to be a very, very quality arm.

“When you have that, it is easier to spread out loads and spread out work. In doing that, everybody stays fresh and everybody should stay sharp. I think we are built to weather some storms, and that’s a good thing.”