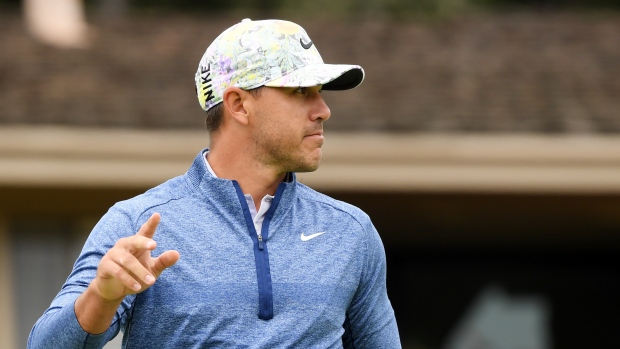 Brooks Koepka wants you to know one thing. The reason he hasn’t played well so far this year is not because of his knee. There’s a much more straightforward reason.

“I've just played bad, simple as that,” he said bluntly at his Tuesday press conference ahead of the Honda Classic.

“Knee is great. I wouldn't be playing if I couldn't play or if there was pain or if I didn't feel like I could come out here and compete at my best.”

Immediately following the Tour Championship in August, Koepka had a stem-cell treatment to repair a partially torn patella tendon. Then in South Korea in October, he slipped on concrete and re-injured it.

It also led to a slow return to form. That forced him to sit out the Presidents Cup.

Koepka has played three times since the start of the 2020, recording a tie for 34th, a tie for 17th and a tie for 43rd. Those results are not the stuff of the player who recently surrendered his No. 1 world ranking.

“Obviously with a little bit of time off, I don't want to say rust was the culprit of that,” stated the hulking 29-year-old. “I felt like I was doing a lot of really good things. I was very close, striking it well, putting it well, and sometimes it's just a matter of scoring.”

He’ll try to get things on track this week with a home game at the Honda, played at PGA National – one of the more difficult courses on the PGA Tour.

Koepka lives in nearby Jupiter, Fla.

While his game may be slow to recover, his commentary has remained sharp. He pulled no punches in a radio interview last week, calling out Patrick Reed for cheating at the Hero World Challenge in December.

“I don’t know what he was doing, building sandcastles in the sand,” Koepka told Sirius XM of Reed’s brushing of sand, “but you know where your club is.”

In a long interview in GQ Magazine released this week, he revealed, among many things, that he’s not necessarily a fan of the game that’s made him rich and famous.

Yup, he’d rather be playing baseball if he has a choice.

Koepka also talked about his reticence to being all buddy-buddy with other members of the PGA Tour.

“This might come across the wrong way, but I already have enough friends. I don't need any more,” he said in the wide-ranging piece. “Just 'cause we work together doesn't mean we have to be friends. I've got enough friends.”

This week, Koepka starts of a busy run for the four-time major champion who will take next week off and then play three weeks, consecutively teeing it up at the Players, the Valspar Championship and the WGC-Dell Technologies Match Play Championship.

That will lead into the Masters, where a year ago, Koepka finished tied for second, a shot behind Tiger Woods. He said that while his season is built around the majors, he won’t worry about preparing for Augusta National until he drives down Magnolia Lane.

Koepka won last year’s PGA Championship, making it four majors in just less than three years. He also finished second at the U.S. Open and tied for fourth at the Open Championship, capping off a remarkable season.

If he has his game in shape, there won’t be many who outplay Koepka this week. Or any time for that matter. He’s easily one of the most dominant golfers in the game today.