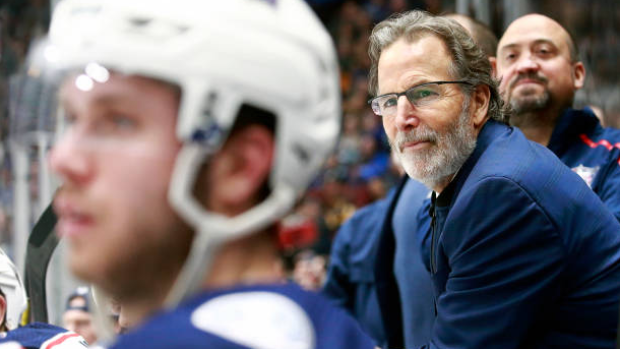 NEW YORK — Bruce Cassidy of the Boston Bruins, John Tortorella of the Columbus Blue Jackets and Alain Vigneault of the Philadelphia Flyers are the three finalists for the 2019-20 Jack Adams Award, presented annually to the NHL's coach of the year.

The Bruins, who reached the 40-win milestone for the seventh consecutive season, also posted an NHL-best plus-53 goal differential.

Tortorella guided the Blue Jackets to a .579 points percentage (33-22-15) at the time of the NHL's March 12 suspension of the season due to the COVID-19 pandemic. That put them among Eastern Conference Stanley Cup qualifiers as the No. 9-ranked team.

In his first season behind the Philadelphia bench, Vigneault led the Flyers to a .645 points percentage (41-21-7) at the pause, their best since a .646 mark in 2010-11 and third-best in 30 years. The Flyers vaulted into the No. 4 seed in the Eastern Conference and a spot in the seeding round robin of the Stanley Cup qualifiers with a nine-game winning streak from Feb. 18 to March 7, eight of which were decided in regulation.

Vigneault is a Jack Adams finalist for the fifth time, with his fourth club. He captured the award in 2006-07 with Vancouver.