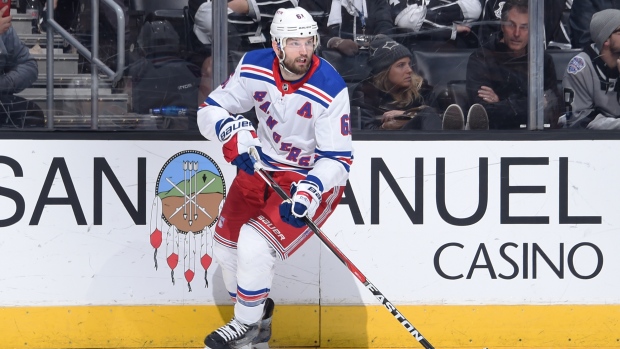 Rick Nash’s long tenure in the Big Apple has come to an end. The Boston Bruins have acquired the veteran forward from the New York Rangers in exchange for a package that includes forwards Ryan Spooner and Matt Beleskey and a 2018 first round draft pick.

The Rangers will also acquire defence prospect Ryan Lindgren and a 2019 seventh round draft pick in the trade.

TSN Hockey Insider Bob McKenzie reported the Rangers will retain 50 per cent of Nash's remaining salary this season. He is making $7.8 million in the final year of an eight-year, $62.4 million and will be an unrestricted free agent at the end of the season.

A three-time 40-goal scorer, Nash has 434 goals and 365 assists in 1,049 career NHL games split between the Rangers and Columbus Blue Jackets.

Spooner is making $2.825 million this season before becoming a restricted free agent. Beleskey still has two years at $3.8 million per season left on his deal after this season. TSN Hockey Insider Pierre LeBrun reported the Rangers will retain 50 per cent of Beleskey's remaining salary.

Lindgren is a 2016 second round draft pick currently in his second season at the University of Minnesota.