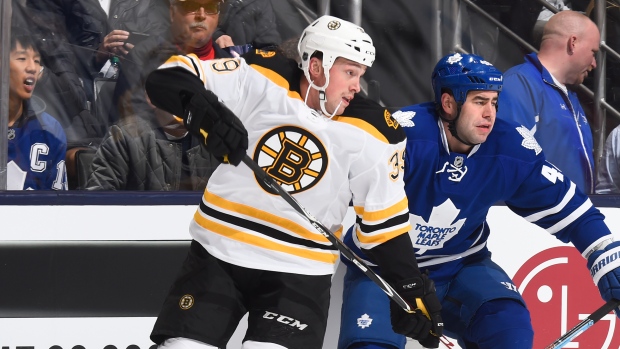 Beleskey is without a point in 14 games with the Boston Bruins this season and owns a minus-8 rating.

He has been out of the Bruins lineup since Nov. 26 and has not played more than 13 minutes in a game this season.

The Bruins signed Beleskey to a five-year, $19 million contract in 2015 after he scored 22 goals in 65 games with the Anaheim Ducks during the 2014-15 season. He scored 15 goals and a career-high 37 points in 80 games during his first year with the Bruins, but has struggled to contribute since.