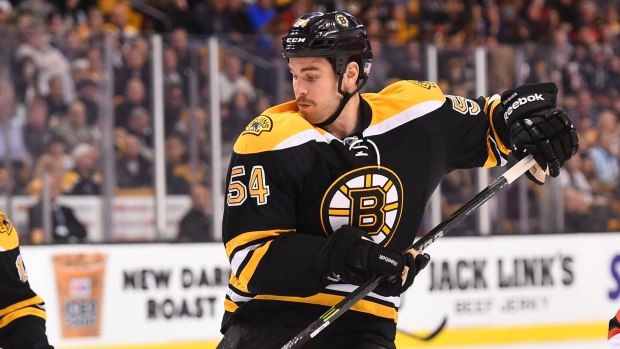 Boston, MA - In the midst of a pre-draft frenzy, the Boston Bruins moved to retain defenseman Adam McQuaid.

Multiple reports from Boston outlets cite McQuaid's agent, Rick Curran with terms of the new pact: $11 million over the next four years with an average annual value of $2.75 million per season. He'll be an unrestricted free agent at the conclusion of this contract.

The 28-year-old native of Prince Edward Island picked up a goal and six assists over 63 games for the Bruins this past season, his sixth NHL campaign.

Since breaking into the Boston lineup in 2009, McQuaid has racked up nine goals and 34 assists along with 430 penalty minutes in 283 appearances for the franchise. He contributed four assists in 23 postseason contests when the B's won the Stanley Cup in 2011.