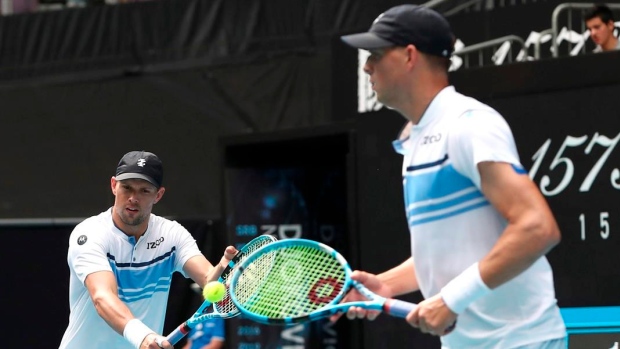 WHITE PLAINS, N.Y. — Twins Bob and Mike Bryan will bid farewell to the Davis Cup by playing in the team competition for the final time when the United States hosts Uzbekistan in Hawaii next month.

U.S. captain Mardy Fish announced his roster on Monday, with the Bryan brothers joined by Taylor Fritz, Reilly Opelka and Tommy Paul in the best-of-five series in Honolulu on March 6-7.

The matches will be played on an indoor hard court.

The winning country will qualify for the Davis Cup Finals at Madrid in November.

The 41-year-old Bryans have won a record 16 men's doubles Grand Slam titles as a pairing. They also helped the Americans win the 2007 Davis Cup.

The last time they played together for the United States was in 2016.

They have said that 2020 will be their final season on tour, wrapping up with the U.S. Open in September.

Fritz, Opelka and Paul are all 22 years old. Paul is making his debut as a member of the U.S. Davis Cup team.