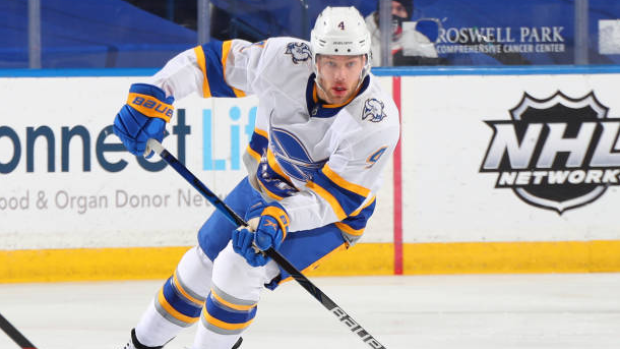 Pending unrestricted free agent Taylor Hall said Thursday he is open to re-signing with the Buffalo Sabres despite the way this season has gone so far.

"Yeah, I'm open to anything," Hall told The Buffalo News. "It's not like I've had an amazing statistical year by any means so far this year. Just in saying that, I think I've enjoyed my time here. I really like the guys, the coaching staff, the way we're treated as players, and like we said from the start, my agent and myself, we're open to anything."

The 29-year-old winger has two goals and 13 points in 21 games with the Sabres, who saw their current winless streak extended to five with Thursday's 5-2 loss to the New York Islanders.

Hall, who was traded from the New Jersey Devils to the Arizona Coyotes last season, joined the Sabres in October on a one-year, $8 million contract.

"I was never treating this as a one-year thing," Hall added. "I was always coming into it open-minded and we'll have to see what happens here, if there's interest on their side. But yeah, of course I have interest."

With the Sabres sitting last in the East Division, Hall is currently listed at No. 5 on the TSN Trade Bait board. TSN Hockey Insider Pierre LeBrun reported last month, however, the Sabres intend to open contract talks with Hall when the window opens March 12, which is exactly one month before the trade deadline.