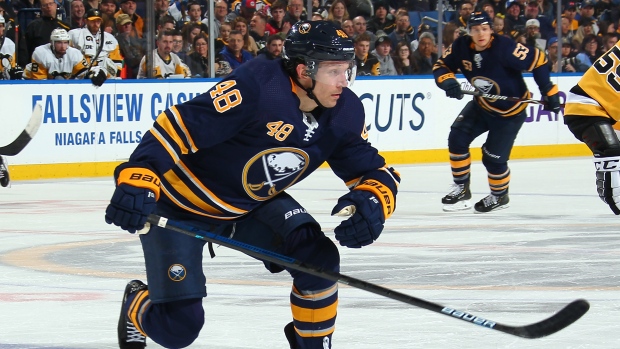 BUFFALO, N.Y. — Buffalo Sabres defenceman Matt Hunwick is expected to miss this season due to a neck condition that bothered the 12-year veteran for much of last season.

General manager Jason Botterill based Hunwick's prognosis on off-season medical evaluations in making the announcement Wednesday, about two weeks before the Sabres report to training camp.

Hunwick was initially hurt last summer and the injury forced him to miss the first two months of the season. He was limited to playing 14 games.

Buffalo acquired the 34-year-old with forward Conor Sheary in June 2018 as part of a trade with the Pittsburgh Penguins. Hunwick has 25 goals and 119 points in 535 career games. He is entering the final year of his contract and set to make $1.75 million.

Hunwick's chances of making Buffalo's season-opening roster were uncertain after the team acquired Colin Miller and Henri Jokiharju in separate trades this summer.

The Sabres are expected to place Hunwick on the long-term injured list, which will allow the team to free up space under the salary cap. Buffalo was projected to be about $1 million over the $81.5 million salary cap after re-signing defenceman Jake McCabe and goalie Linus Ullmark earlier this month.