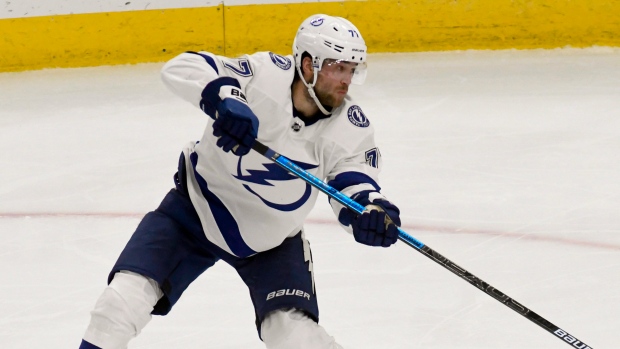 NEW YORK — Mark Giordano of the Calgary Flames, Brent Burns of the San Jose Sharks and Victor Hedman of the Tampa Bay Lightning were named finalists for the Norris Trophy on Sunday.

The award is given to the top defenceman during the regular season.

The winner will be named at the NHL Awards on June 19 in Las Vegas.

Giordano had career highs of 57 assists and 74 points in 78 games this season. The Calgary captain led all NHL skaters with a plus-39 rating.

Burns led all defencemen with 67 assists and 83 points in 82 games. He became the third blueliner in league history to lead his team in points for three consecutive seasons.

Hedman, the reigning Norris winner, had 12 goals and 42 assists in 70 games. He averaged almost 23 minutes of ice time per game and had a plus-24 rating.