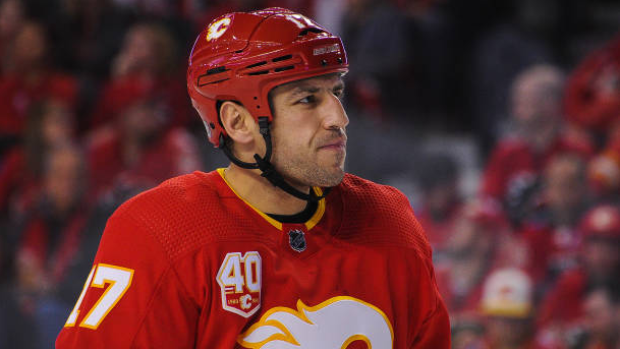 We are only a week in, but Calgary is 0-for-2. To suggest otherwise would be disingenuous.

The Flames’ decision to cut bait with Neal was defensible. Sometimes players and teams are complete mismatches, and it was clear that there was zero fit for the winger after one ill-fated season in Cowtown.

Neal – freshly signed to a five-year, $28.75-million dollar contract – gave the Flames just seven goals in 63 games during the 2018-19 season. For as concerning and limited as his lack of offensive production was, it was his off-puck play that eventually drove him out of the lineup. An obvious lack of speed and general inattentiveness in the defensive zone made him a challenge for head coach Bill Peters, and he was unceremoniously shuffled out in the summer in the Lucic swap.

I don’t think enough has been said about the fact that Neal, whose contract could have been described as anywhere from bad to poisonous, was swapped for the least or second-least-desirable contract in the league, depending on how you rate Chicago Blackhawks defenceman Brent Seabrook and his eight-year $55 million deal that runs through the 2023-24 season.

Unlike Neal, Lucic’s game didn’t suddenly crater. His initial year with Edmonton was respectable, but since then Lucic was a negative in all game states. Consequently, he had what amounted to an untradeable contract – a mega-deal owed to a player who could no longer score and whose mobility limited contributions on both sides of the ice.

It’s a handful of games and less than 100 minutes combined for both players across all situations, but it’s also worth remembering that we don’t just have these games to go off of here. Both players have been established NHLers for some time, and that data is still quite meaningful – particularly for forecasting purposes.

And the data shows that while Neal’s 2018-19 season inexplicably cratered in Calgary, Lucic’s performance degradation had been a slow burn since the beginning of 2016-17: 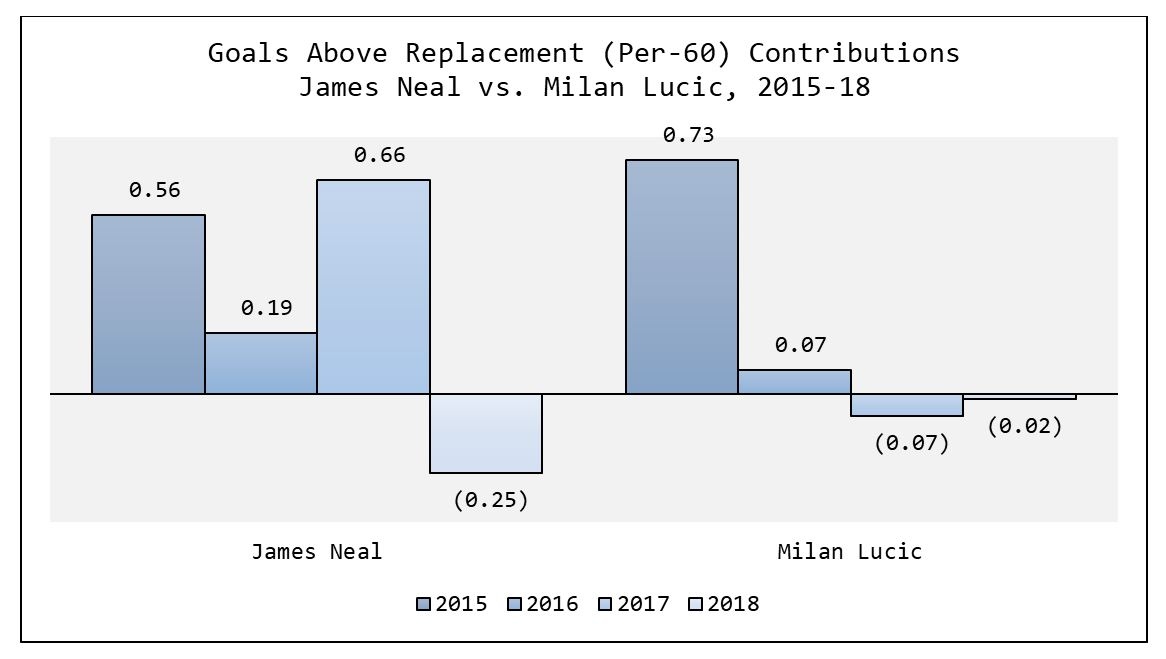 Do I think Neal’s white-hot offensive start to the season is indicative of his true talent? Hardly! But his contributions so far are already worthy of asking the question of whether or not he was simply miscast in Calgary – a player who still had real value, but a value that the Flames, for whatever reason, couldn’t tap into. Plus, players with Neal’s skill set – high-end goal scorers who are limited in most other phases of the game – tend to look a lot better when the shooting percentages are high and a lot worse when the goals dry up. In summary: I don’t think we are in a Neal renaissance, but maybe he can return as a contributor playing alongside the likes of Ryan Nugent-Hopkins and Joakim Nygard.

As for Lucic, he’s had some fights and some penalty minutes and little else to show for it. I appreciate that Calgary believes they need toughness in the lineup and that Lucic brings an element they were sorely missing in prior years. But I also can’t ignore the fact that their provincial rival said the same thing for years, right up until the point where they recognized that the deficiencies in Lucic’s game far outpaced whatever intangibles he might bring to a team’s bottom six.

No one should judge the trade quite yet – if not because of the fact that it’s early, then because the trade wasn’t a one-for-one swap either. Calgary did pick up a conditional third-round pick in the 2020 NHL Draft, and that’s not insignificant.

But you do wonder, even just a few games in, if Calgary would like a mulligan here.