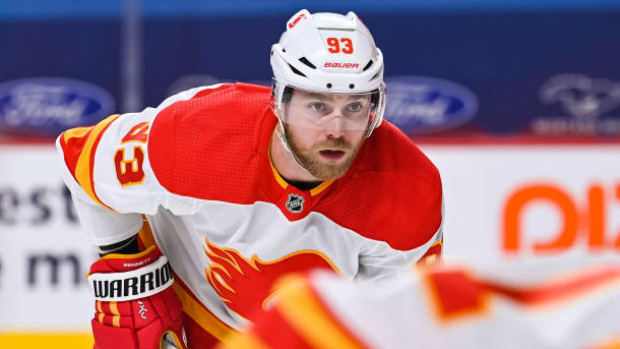 Bennett has been the subject of trade rumours throughout the season and spent time as a healthy scratch under Geoff Ward, including in Ward's final game as head coach last week.

"We've had some really good conversations just about what he wants from me and what he expects," Bennett said of Sutter. "I'm definitely looking forward to starting fresh here and proving my worth again."

"Really like a reset and I can start to find a role again."

"I'm looking forward to the fresh start and proving my worth again."

The 24-year-old returned to practice on Wednesday after missing Tuesday's session, skating on the Flames' fourth line with Derek Ryan and Josh Leivo. Brett Ritchie once again played on the wing on a line with Sean Monahan and Johnny Gaudreau.

Bennett has three goals and one assist in 23 games with the Flames this season. He had eight goals and 12 points in 52 regular-season games in 2019-20, adding five goals and eight points in 10 games during the Return to Play.

Selected fourth overall in the 2014 NHL Draft, Bennett is in the final year of a two-year, $5.1 million deal with a $2.55 million cap hit. He will be a restricted free agent with arbitration rights at the end of the season.