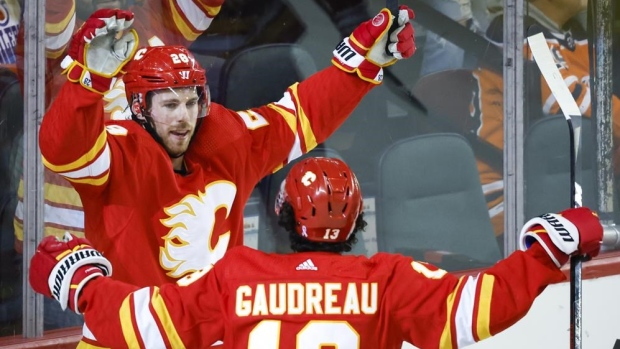 Elias Lindholm and Andrew Mangiapane scored in the first 51 seconds as the Calgary Flames took a 3-1 lead over the Edmonton Oilers in the first period of Game 1 in their second-round playoff series.

After allowing three goals, Mike Smith was replaced by Mikko Koskinen in net, who made nine saves in the first period. Jacob Markstrom made four saves for the Flames as he faced just five shots.

Both teams went 0-for-2 on the power play.