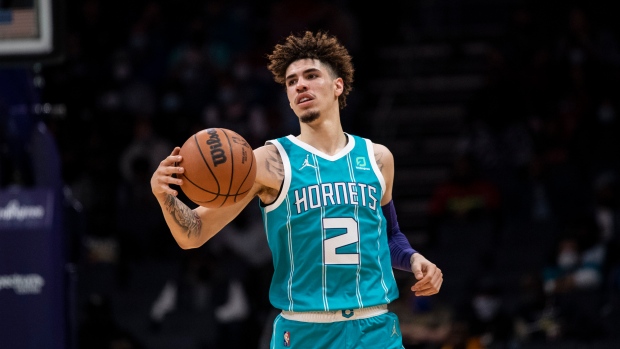 Unless officials drastically alter how they’re calling games, the NBA is projected for a dip in scoring for the first time in seven seasons.

Last year, the average NBA team scored 112.1 points per game during the regular season, an all-time high. This season, scoring is down to 107.4.

A lot has been made of the rule changes affecting foul-baiting players like James Harden or Trae Young but the drop-off in free-throw attempts doesn’t account for the full difference.

Teams are averaging 1.9 less fta per game. Multiple that by the league-average percentage, 77.8, and that still leaves 3.22 points per game unaccounted for.

Oddsmakers are not fully accounting for this scoring dip either. We’re almost 15 per cent through the season and teams continue to hit the under on their team totals.

Over the course of last season, 13 teams beat their team totals, two went .500, and 15 went under. This season, only four teams are hitting their overs, three are even, and 23 teams have failed to hit their team total. 23!

Beyond the change in free-throw volume, what stats factor into this scoring dip? It’s all about the threes.

I’m going to use three teams below to showcase the impact of three-point efficiency.

The Charlotte Hornets are the most surprising offence in the NBA this season, ranking seventh in offensive rating and beating their team total 9-out-of-13 times. No other team has covered the over more than seven times so far.

Here are some key stats to compare versus last season:

Regarding the jump in pace, LaMelo Ball deserves a lot of credit. Charlotte is scoring on the fast break 11 per cent more with Ball leading the offence.

With the league average drop-off at 1.9 free-throws a game, Charlotte has done a 180 increasing their FTAs by 0.9 a game. They’re one of seven teams to see an uptick in shots from the charity stripe this season.

Miles Bridges deserves a lot of credit for their offensive improvements, increasing his scoring volume from 12.7 ppg last season to 21.3 this season. He’s getting to the line almost three times more than in 2020-21.

Until they cool off from three-point range, they’ll keep surfacing as a top candidate to hit their overs.

While Charlotte is the top example bucking the scoring trend, I wanted to spotlight two teams going in the opposite direction – New Orleans and Denver.

Here are the Pelicans comparisons:

On the season, they’re 3-9 against their team total, fourth worst in the NBA. Why do they keep going under?

Zion Williamson’s injury obviously takes centre-stage and it’s his lost free-throw production that hurts New Orleans the most. Williamson averaged 8.7 free-throw attempts last season and the Pelicans are shooting 7.8 less attempts this season versus last. Sure, his absence leaves a gaping hole in their offence but losing 90 per cent of his vacated free-throw production is a jarring drop-off.

Until New Orleans can demonstrate an ability to draw fouls, they’ll be struggling to hit their totals.

Charlotte is struggling to score because of Zion’s injury and an inability to draw fouls, what’s happening to the Nuggets who are 2-9 against their points totals?

Just like New Orleans, Denver is one of the teams to experience a free-throw drop-off. They are shooting four attempts less per game but eight other teams in the league are doing even worse.

It’s the drop-off in three-point percentage that’s killing this offence.

Last season they shot 37.7 per cent beyond the arc which would put them at third this season. Right now, the team is shooting 29.9 per cent from three, second worst in the league.

With the volume of threes being taken in the modern NBA, teams cannot survive such a dramatic drop-off. To put it into absolute terms, Denver is scoring 8.4 fewer points per game due to their poor three-point form.

Before he got injured, Michael Porter Jr. was on a list of NBA sharpshooters going through early season shooting woes. MPJ was shooting 20.8 per cent from three after shooting 44.5 last season.

Jamal Murray and his 6.6 three-point attempts are gone this season and Denver is pressing to find replacements beyond the arc.

Unfortunately, 7-of-11 returning players are underperforming from three compared to last season.

Denver is the polar opposite of Charlotte this year. They’ve gone from above average to near league-worst in three-point efficiency, hence the unders.

Until they regress back up to the mean, the Nuggets will continue to miss their points totals.

If you’re monitoring a team’s ability to hit their over/under, the two stats you should be monitoring closest are free-throw attempts and three-point percentage. These two categories have experienced the most volatility over the course of these first four weeks of the season.