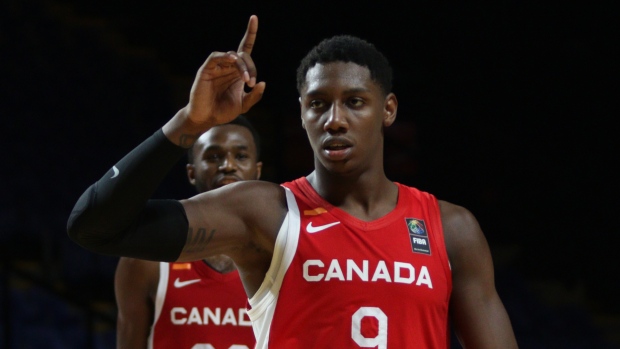 All 14 men on the roster has agreed to a three-year commitment to the team and is complementary to the previously announced winter core.

“The true value of chemistry, camaraderie and continuity cannot be overlooked when building any team,” Toronto Raptors and Canada head coach Nick Nurse said in a statement.  “By assembling committed core groups of players and staff to represent Canada over the next several years, we firmly believe will position this program for sustained success, both now and in the future.”

Canada Basketball also announced a Canada Day qualifier in Hamilton against the Dominican Republic, marking the first time Canada will have played on home soil since February of 2020.

“Hamilton has a long basketball history and has tremendous basketball programs and fans that support the game,” Canada general manager Rowan Barrett said in a statement.  “Hamilton is also home to a number of athletes within our national team programs.”

Along with the Dominican Republic, Canada will meet the US Virgin Islands and Bahamas in Group C of the World Cup qualifying stage.