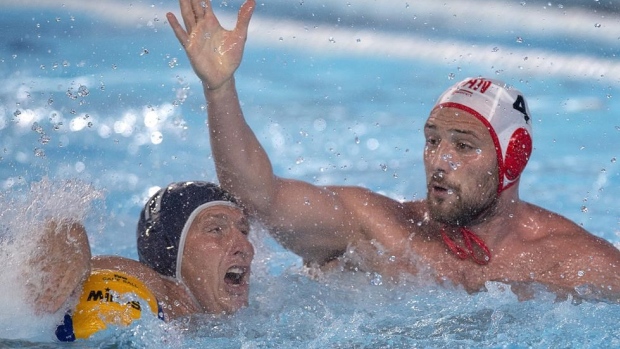 ROTTERDAM, Netherlands — Canada opened the Olympic men's water polo qualification tournament with an 11-7 victory over Brazil at the Zwemcentrum Rotterdam on Sunday.

Captain Nicolas Constantin-Bicari was one of five Canadian players with two goals. The others were George Torakis, Jeremie Cote, Sean Spooner and Aleksa Gardijan while Gaelan Patterson had a single.

“Our defence limited their chances and we were able to stay focused throughout the game," Gardijan said. "We face Montenegro (on Monday), and it will be a tough match. We tied them at worlds in 2017, so anything is possible."

Canada, ranked 13th in the world, is one of 11 teams battling for the three remaining Olympic berths at the Tokyo Games.

Montenegro's opening Group A game against Turkey was cancelled after "a handful of Turkish players produced positive tests at the compulsory checks upon their arrival," FINA said on its website.

The FINA management committee decided to apply COVID-19 protocol-related measures, according to the match report, which required the Turkish team’s withdrawal. No other details were released.

In other preliminary round games, the host Dutch side upset Germany 11-10 and Greece edged Georgia 11-10. Croatia was scheduled to play Romania later Sunday and Russia was to meet France.

The Canadian men have made four Olympic appearances, most recently in 2008 in Beijing where they finished 11th.

This report by The Canadian Press was first published Feb. 14, 2021.