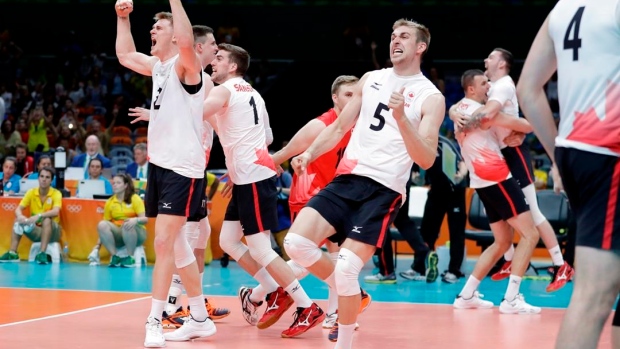 NINGBO, China — Canada's men's volleyball team finished up its Olympic qualification tournament with a 3-0 win over Finland on Sunday.

"I was happy we played a good game against Finland today. We showed good character and heart in the match, especially after last night knowing that we were not going to qualify (for the Olympics)," Canada captain Gord Perrin said. "But now our summer continues, and we have to focus on the next goal."

Canada entered Sunday's match with no possibility of qualification from the tournament after opening with a loss to Argentina, then giving up a valuable point in the standings by needing five sets to defeat China.

Argentina finished top of the pool in Ningbo with eight points and earned a spot at the Tokyo Games. Canada was second with five points.

"I'm pleased that the team was able to remain focused and compete, although after Argentina it was quite difficult," Canada coach Glenn Hoag said. "Now we need to turn our attention to our next qualifier."

Next stop in the Olympic qualification process for Canada is the NORCECA Championships in Winnipeg in early September. The top four ranked teams in the region after that tournament advance to the zonal qualifier in January.