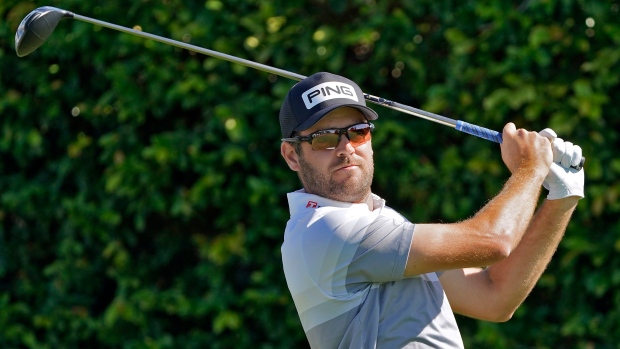 Corey Conners backed up his opening-round 66 with a solid and steady 69 at the Arnold Palmer Invitational, giving him a one-shot lead over 36 holes.

“I’ve been playing really solid,” said Conners. “I got off to a good start yesterday and kept it going today. Just feeling really comfortable on the course.”

On Friday, Conners made a bogey on the second hole, the first par 3 of the day but then corrected that on the next par 3, the 7th, with a birdie. On his second nine, he took advantage of the two par 5s, rolling in an eight-foot birdie on the 12th and draining a 23-foot putt on 16 for an eagle.

The other 14 holes were all pars although many were far from routine. The Listowel, Ont., native dropped two par-saving putts from seven feet, one from six feet and three from four feet to keep his round on the rails.

“I didn't hit as many shots close to the hole as I did yesterday to give myself as many birdie chances, but I was really happy with how I grinded out a bunch of pars today,” stated Conners. “I was in some tricky spots and, yeah, overall really solid day and nice to finish off with a strong back nine.”

Conners’ play through two rounds has been different than his usual style. He is ranked ninth on the PGA Tour in driving accuracy but has found only 16 of 28 fairways so far. As well, he is ranked 118th on the tour in Strokes Gained: Putting but finds himself in seventh spot in that category at the halfway point of the tournament at Bay Hill in Orlando.

He gave some of the credit for his putting to his new caddie, Danny Sahl, who has been helping him read the greens. Sahl is from Edmonton and was a standout amateur who also played on the Mackenzie Tour-PGA Tour Canada. Like Conners, he’s also a product of the golf program at Kent State University. Since turning to caddying a few years ago, he’s spent time carrying for Mike Weir and Vijay Singh, and took over for Conners in January.

This is just the fourth start for Conners in 2021 and he attributes some of his good play this week to being well rested.

“I haven't really been in this position a lot, but I have a lot of confidence in my game and feeling really relaxed the last few days, so try and keep that going,” he said. “I feel like I have a lot of energy, I had an off week last week and really excited for the weekend.”

Conners is approaching the two-year anniversary of his lone PGA Tour win at the Valero Texas Open. In the next 37 events he played after that, he managed just two top-10 finishes. But this season, the 29-year-old has had three top 10s in just 12 starts. His only missed cut came at his last start at the Genesis Invitational.