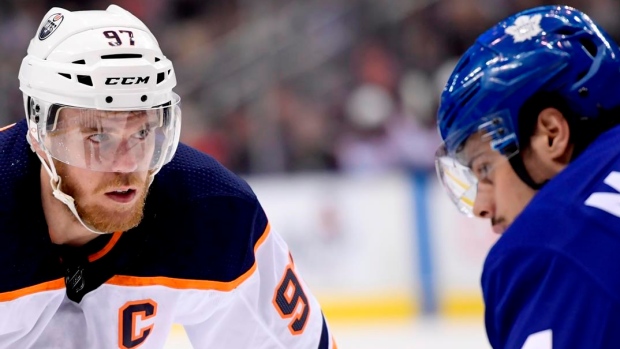 Paul Maurice was getting asked the usual training camp questions — line combinations, off-season moves, his thoughts on prospects hoping to crack the roster.

When the conversation pivoted to the NHL's one-time-only, pandemic-necessitated all-Canadian division, the Winnipeg Jets head coach melted from hardened bench boss to a fan excitedly recalling his childhood Saturday nights in front of the TV.

"I've got to say this the right way," Maurice began after taking a moment to collect his thoughts. "It's the spectacle. When I grew up it was the Toronto Maple Leafs and the Montreal Canadiens, and I don't know if I was aware of any other teams. When you grew up in Canada, that was it.

"You were so wired into the Canadian culture."

Well, the Great White North now has seven franchises. And thanks to COVID-19, they're going to be seeing a lot of each other in 2021 once the new season gets going Wednesday.

The Jets, Leafs, Canadiens, Edmonton Oilers, Calgary Flames, Vancouver Canucks and Ottawa Senators will play in a newly-formed circuit — known officially as the North Division — because of border restrictions related to non-essential travel.

That should make for a hectic, at times chaotic, 56-game slugfest sure to rekindle old rivalries and stoke new ones.

"It's the scrutiny of it that will be intense," Maurice continued. "Everybody is going to get wound up. We've had the entire country locked down for (almost) a year, it's an all-Canadian hockey division.

"It's going to be fantastic."

Similar to Maurice, Calgary captain Mark Giordano reminisced about yesteryear when asked about the unusual schedule.

"Growing up I always loved watching Canadian teams playing," he said. "There's going to be a lot of excitement."

The Battle of Alberta, Battle of Ontario and Leafs-Canadiens are tried and true showdowns. But what about the Senators and Flames — featuring brothers Brady and Matthew Tkachuk — going head-to-head eight times, including three times in five days similar to a baseball series? Or Connor McDavid's Oilers going toe-to-toe with Auston Matthews and the Leafs nine separate occasions, with another three-in-five set on the docket?

"I'm just thrilled," Toronto captain John Tavares said. "We know what the game and the league means in Canada, how special it is. As difficult as the circumstances in the world we're living in right now (are) — playing without fans and a lot of tough times a lot of people are going through — this is such a unique opportunity for something that can be really special."

Apart from the world-class talent on display with so many stars playing north of the border, there will undoubtedly be moments where the temperature rises.

Ottawa counterpart D.J. Smith recalled his time in the minors as a player when teams would meet a dozen or more times from pre-season through the playoffs.

Not surprisingly, emotions had a way of bubbling to the surface.

"You're going to grow a hatred for certain players," Smith said. "Things are going to happen in games where people aren't going to forget.

"(In a normal season) we might play the Toronto Maple Leafs in October and not see them until January. Now you're going to maybe play them three times in a week. It's going to be really competitive."

"I would expect games to be physical, to be intense," he said. "There is a tension there between a lot of these Canadian teams, and you'll definitely see that."

The NHL's realigned divisions for this season — there are also three for U.S.-based teams — were created with an eye toward cutting down on travel and potential exposure to the coronavirus.

"Probably the most exciting," Matthews said of the Canadian clashes. "Just because of all the fans and the pride that comes with playing in each team's individual cities. It should make for some good hockey."

The new setup includes four teams from each division making the playoffs and then going up against each other in the first two rounds, ensuring a Canadian franchise will make the conference finals as the country looks to snap a Stanley Cup drought dating back to Montreal's victory in 1993.

"It's going to be intense right from the start," Canadiens winger Corey Perry said. "In the regular season, people tend to forget a little bit what happened the game before. But this is going to be back-to-backs, a day in between ... guys won't forget.

"Those are the fun games to a part of."

The Leafs sit as the betting favourite to finish first in the regular-season standings, but save for the rebuilding Senators, any of the other five clubs could conceivably finish atop the heap.

"There are a lot of teams with a chance," Montreal captain Shea Weber said. "It's going to be a sprint, the way the schedule set up. The amount of games, it's going to be quick. Before you know it, you're going to be down the stretch.

"You're going to have little mini series that will almost be like playoff series for teams to get in."

Jets sniper Patrik Laine said while it will be exciting for the fans, players won't have any issue getting energized, even in the dog days of a compressed schedule.

"There's not one easy game this year," he said. "Every point matters. That's going to be a good motivation for all the teams.

The NHL pulled off its restart to a 2019-20 season suspended in March inside tightly controlled bubbles back in the summer. The league chose not to go that route for a variety of reasons moving forward, and while there are plenty of health protocols and daily testing, this won't be anywhere near as secure. But travelling into opposing cities — even though fans won't be in a attendance — already has the juices flowing.

"This is traditional to the max," Edmonton bench boss Dave Tippett said. "I'm really looking forward to it. When you're from Canada (and) you play in Canadian cities or coach in Canadian cities, there's an excitement.

"The competition is going to be unreal."

And the hope is these games provide at least a small semblance of normalcy with night after night of mouth-watering, all-Canadian matchups during what is a trying time for many.

"It's such a terrible thing with the pandemic that this is the result," Maurice said. "But you couldn't dream of anything better than this, the spectacle of it.

"It's going to be awesome."

-With files from Gemma Karstens-Smith in Vancouver and Donna Spencer in Calgary.