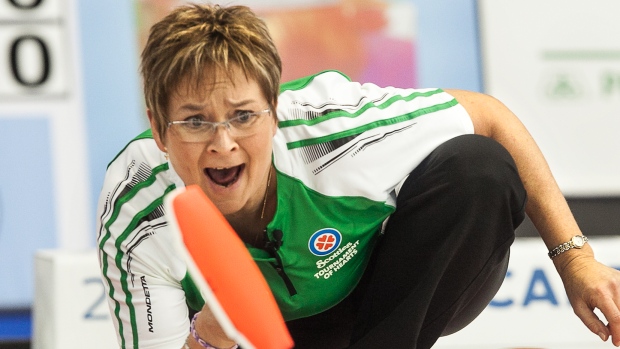 OESTERSUND, Sweden — Canada won gold in the men's and women's competitions Saturday at the world senior curling championships at the Ostersund Arena.

"World champion sounds marvellous, it really does," Anderson said. "I've been playing this sport a long time trying to get this title, so it's really sweet."

"World champion? It's taken forty years of curling, it feels good," White said. "It's been a battle all my life just to get out of Alberta. I'm going to savour it now."

The United States beat Scotland 7-2 for the bronze.