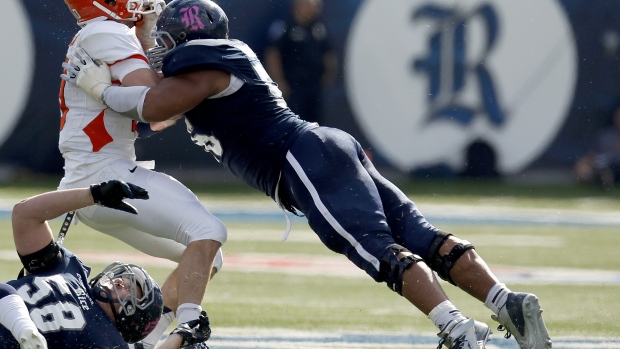 He appeared in 14 games during the 2013 season and had 59 tackles and four sacks on his way to being named first-team All-Conference USA.

Before the 2014 season, Covington was projected by some to be a late first-round NFL draft pick if he decided to leave school early.

The 21-year-old is the son of CFL Hall of Famer Grover Covington.