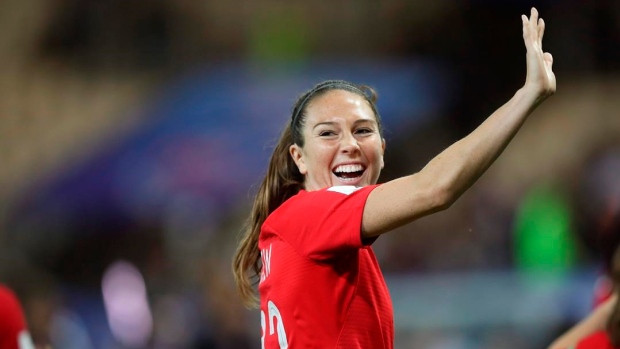 The 24-year-old Agnew, who was born in Kingston, Ont., was waived by the Houston Dash on Jan. 22. She started in 11 of her 19 Houston appearances with one assist.

"Sydney FC are one of the leaders in the W-League and I'm so excited to be able to represent them," Agnew, who can play both in attack and defence, said in a statement. "I’ve heard nothing but great things about the club from Sofia and Veronica and I'm looking to now leave my mark in Sky Blue."

Agnew joined Houston in 2018 through a trade with the Washington Spirit for the third overall pick in the NWSL college draft.

Agnew, who has won 14 caps for Canada, enjoyed a decorated collegiate career at Ohio State, where she finished her final season leading the team and tied for second in the Big Ten Conference in assists with seven.