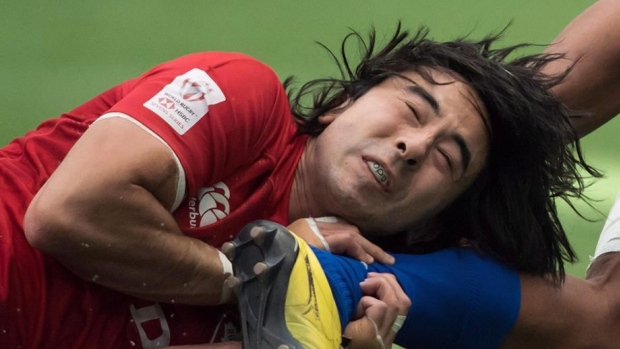 DUBAI, United Arab Emirates — The Canadian women won all three of their games Friday to finish atop their pool at the Emirates Invitational 7s rugby tournament.

Canada's men won two of three to finish second in their pool.

Canada's men defeated Japan 45-21 and Uganda 40-5 before losing 26-14 to Argentina. They will play Kenya in Saturday's quarterfinals.

It marks the first tournament for both teams in more than a year due to the pandemic. While not part of the HSBC World Rugby Sevens Series, the Emirates Invitational 7s is billed as a high-performance prep event in advance of the Tokyo Olympics.

"Obviously a long break for everyone," said Canadian veteran Nathan Hirayama. "We were really pumped for the opportunity to come here and play. some big games."

A second tournament in Dubai is scheduled for next weekend at The Sevens Stadium.

This report by The Canadian Press was first published April 2, 2021