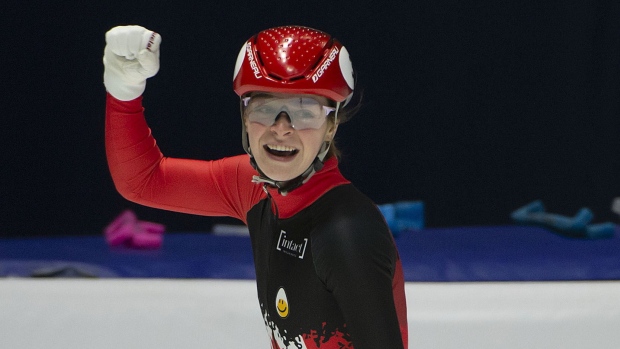 The announcement from Speed Skating Canada comes after Boutin won a gold medal in the women's 500 metres at a World Cup in Dresden on the weekend.

Boutin said in a release that she will head home to Montreal to prepare for the World Short Track Championships in Seoul, South Korea on March 13-15.

"The World Short Track Championships are the most important event of our season, so I need to be well prepared to perform at my best during that competition," Boutin said. "Together with my coaches and support staff, we made the decision that additional rest and time at home would be more valuable for my preparation than competing at the World Cup in the Netherlands."