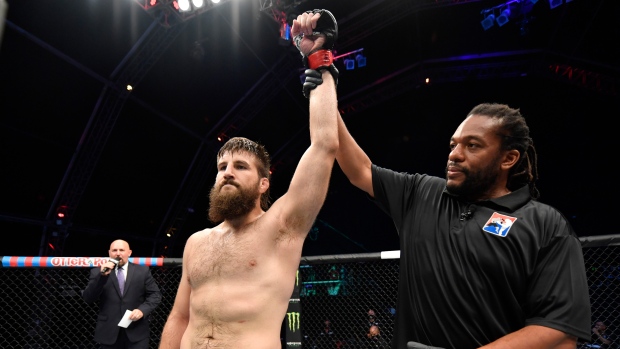 Canadian heavyweight Tanner Boser will have a new opponent when he steps into the Fight Night cage on April 23 as Rodrigo Nascimento has withdrawn from the bout and will be replaced by Alexander Romanov, according to TSN’s Aaron Bronsteter.

Per sources, Rodrigo Nascimento has withdrawn from his bout against 🇨🇦Tanner Boser on April 23rd.

Undefeated heavyweight Alexander Romanov has stepped in to replace Nascimento.

Boser returns to the Octagon for the first time since he scored a second-round KO victory over Ovince Saint Preux in a short-notice fight last June.

The victory at the UFC Apex in Las Vegas snapped a two-fight losing streak for the Bonnyville, Alberta native.

The 30-year-old is 4-3 since joining the UFC, and also holds victories over Daniel Spitz, Philipe Lins and Raphael Pessoa.

Romanov is undefeated in his 15-fight professional career including a 4-0 record in the UFC.

The 31-year-old beat Jared Vanderaa last October at a Fight Night card at the Apex for his most recent victory.

He also has wins over Roque Martinez, Marcos Rogério de Lima and Juan Espino since joining the promotion.

A strawweight bout between Jessica Andrade and Amanda Lemos is expected to headline the event.