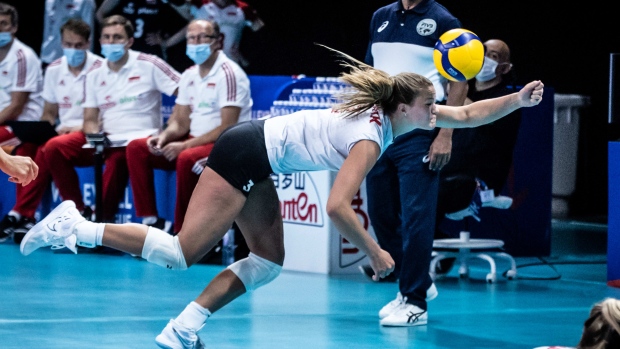 RIMINI, Italy — The Canadian women's volleyball team fell to 2-6 at the Volleyball Nations League tournament after dropping a 3-0 decision to Japan on Monday.

Kiera Van Ryk of Surrey, B.C., had a team-high nine points for Canada, which dropped two spots to 13th in the standings.

Canada next faces the Netherlands on Tuesday.

The annual international men's and women's competition featuring the world's top 16 teams in each gender was cancelled in 2020 because of the global COVID-19 pandemic.

The Canadian men's and women's squads will each play a 15-match preliminary round until June 23.

The top four countries advance to the semifinals and finals.

The Canadian men, ranked No. 10 in the world, have qualified for the 2021 Tokyo Olympics starting July 23. Nations League is important preparation for them after a year of no matches as a team.

Canada's men's team (2-4) is 11th in their competition and next play Wednesday against Slovenia.