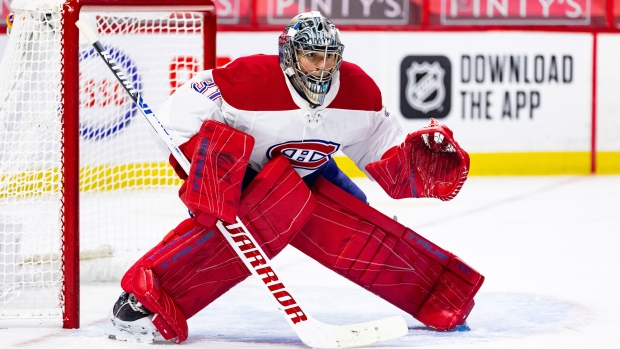 #Habs Ducharme says Price has returned to Montreal and is not expected back on the ice early next week. @TSN_Edge (Apologies for the botched translation on my original Tweet.)

Price is not expected to return early next week.

The Canadiens goaltender has not played since taking a hit from Edmonton Oilers forward Alex Chiasson on April 19. The 33-year-old has a 12-7-5 record with a 2.64 goals against average and .901 save percentage.