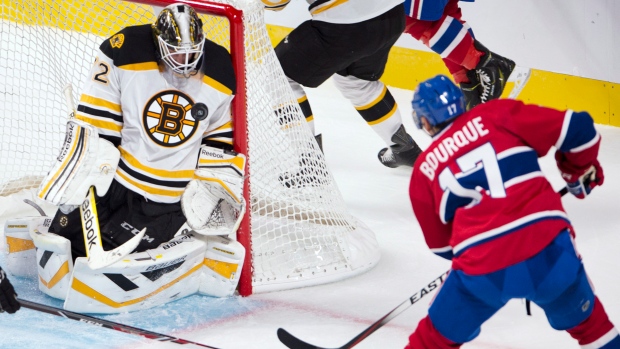 Montreal Canadiens forward Rene Bourque cleared waivers Monday and was sent down to the Hamilton Bulldogs of the American Hockey League.

"It's not a question of confidence. It's all about results," said head coach Michel Therrien about the move.

In 13 games this season, the 32-year-old Bourque has two assists with a plus-minus rating of minus 9. He was placed on waivers Sunday.

The Canadiens acquired Bourque from the Calgary Flames in exchange for forward Mike Cammalleri, goaltender Karri Ramo and a fifth-round draft pick during the 2011-12 season.