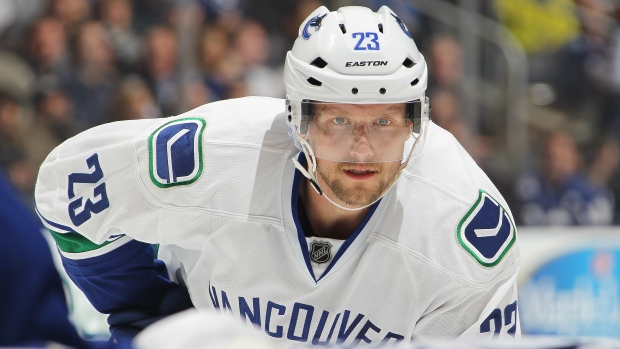 The news wasn't good for the Vancouver Canucks following their victory over the Colorado Avalanche Tuesday night.

Veteran defenceman Alex Edler was knocked out of the game after taking a slap shot to the foot, while forward Brandon Sutter was injured after taking the puck to his face.

According to TSN Hockey Insider Bob McKenzie, Edler could be out of action for two to three weeks, while Sutter apparently broke his jaw and will miss time.

The duo have both been sent back to Vancouver. Edler will get more x-rays done on the injured foot and Sutter will undergo further assessment.

The latest injuries come just as the club was starting to get healthy, with Sutter coming back from a long-term sports hernia injury and the team welcoming back Dan Hamhuis after nearly two months off after suffering a broken jaw.

In 52 games this season, Edler has six goals and 20 points with a minus-8 rating and 46 penalty minutes.

Sutter has five goals and nine points with a plus-3 rating through 20 games this season.