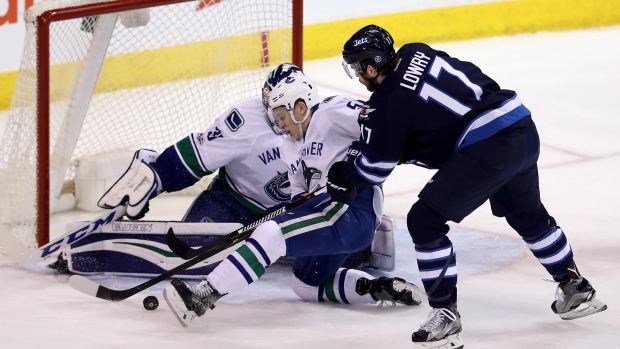 Vancouver Canucks rookie defenceman Troy Stecher left Sunday's game against the Winnipeg Jets with an upper-body injury and did not return.

INJURY UPDATE: Stecher suffered an upper body injury and will not return.

According to TSN's Farhan Lalji, head coach Willie Desjardins suggested the injury could be serious after the game, but did not give a timetable for how long he would be out.

The 22-year-old has three goals and 21 assists over 64 games in Vancouver this season.