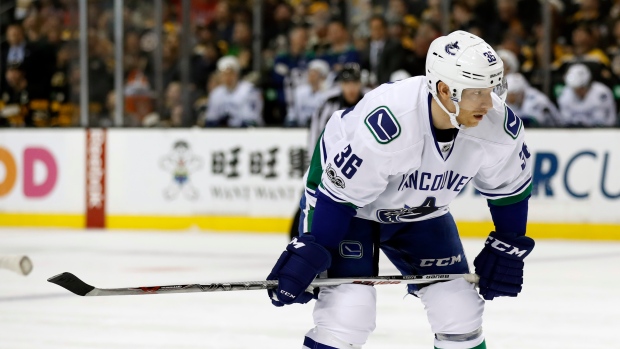 VANCOUVER — The Vancouver Canucks made another move on Tuesday to acquire young talent, getting forward Nikolay Goldobin from the San Jose Sharks in exchange for veteran forward Jannik Hansen.

The 21-year-old Goldobin, a former first-round pick, has played 46 games this season for the American Hockey League's San Jose Barracuda. He has 15 goals and 41 points.

"Nikolay is a gifted offensive player with good hands and good release on his shot," said Canucks general manager Jim Benning. "His play away from the puck has improved this year in the American League and we believe with his skillset and continued development, he has the ability to become a valuable member of our team."

The Moscow native has also dressed twice this season for the Sharks and produced a goal and an assist.

Goldobin was originally selected by San Jose 27th overall in the 2014 NHL draft.

If SJ wins the Cup, the conditional fourth round pick becomes a first-round pick for the Canucks. 4th round or 1st round, no in between.

This year the Denmark native had six goals and 13 points in 28 games with Vancouver.

"Jannik has been an important part of our team for over a decade and we would like to thank him, his wife Karen and their children for all they've done and wish them all the best in San Jose," added Benning.

"While this was a difficult decision to make, this trade helps us with our goal of continuing to build a younger, skilled team for the future."

The Canucks entered Tuesday night's game against the Detroit Red Wings nine points out of a playoff spot.