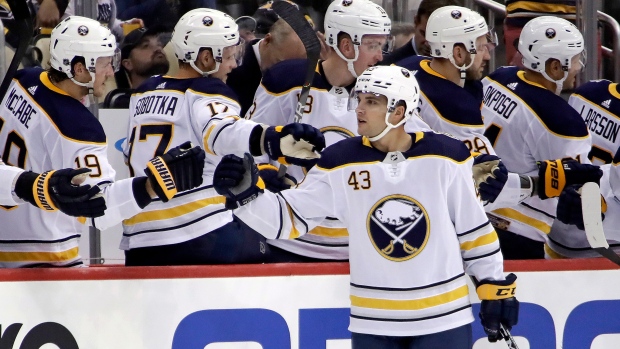 Sheary played for Buffalo and Pittsburgh last season, finishing with 10 goals and 13 assists in 63 games. He could start this season on Washington's third line, replacing Ilya Kovalchuk.

The 28-year-old Sheary has 72 goals and 78 assists in 325 career games. He also has made 61 playoff appearances, winning the Stanley Cup twice with Pittsburgh.

Washington signed Sheary days after veteran goaltender Henrik Lundqvist revealed a heart condition would prevent him from suiting up for the Capitals this season. Lundqvist signed a $1.5 million, one-year deal in October.