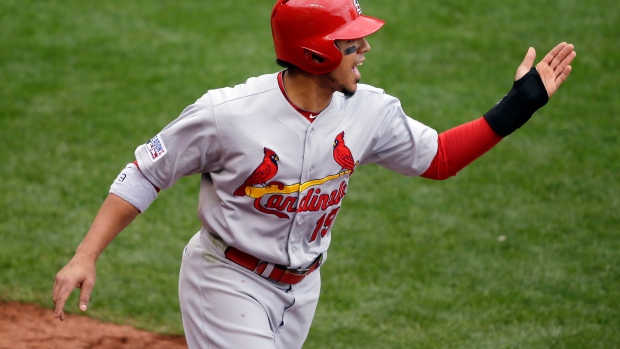 ST. LOUIS - The St. Louis Cardinals placed outfielder Jon Jay on the 15-day disabled list with a left wrist stress reaction and bone bruise on Thursday, making room on the roster for call-up Tim Cooney to start against the San Diego Padres.

The 24-year-old Cooney was named to the Pacific Coast League All-Star team a day before being recalled from Triple-A Memphis.

Jay has struggled coming off wrist surgery in the off-season and is batting .223 with one homer and 10 RBIs in 57 games. He was also on the DL in May with left wrist tendinitis.

The Cardinals had anticipated Jay would be completely healed by spring training.

"He really felt like it has affected his performance at the plate," general manager John Mozeliak said. "When you think about the timing of his DL coupled with the All-Star break it just made sense."

Matt Holliday has added light jogging to his rehab from a quadriceps injury sustained in early June and will join the team on a seven-game trip prior to the break.

"If you're making the trip that means you're certainly getting closer," Mozeliak said. "Obviously he'll work with our medical staff to keep pushing."