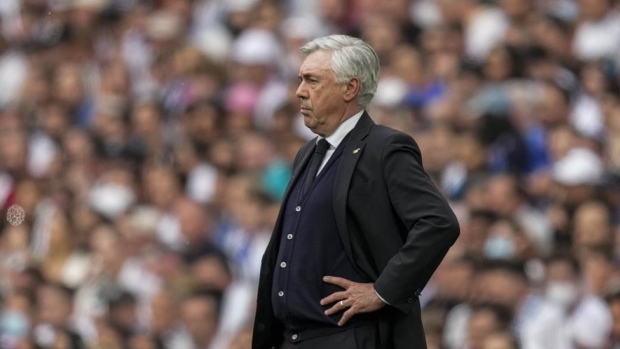 Fresh off of becoming the first manager in history to guide a team to a title in all five of Europe's top leagues, Real Madrid boss Carlo Ancelotti has expressed interest in taking charge of the CanMNT.

The 62-year-old Ancelotti is married to a Canadian woman and owns a home in Vancouver.

In an interview with Italian journalist Alessandro Alciato for Amazon Prime, Ancelotti acknowledged that the Bernabeu, where he is currently in his second stint, will likely be the last club he manages in his career.

Carlo Ancelotti: “After this Real Madrid chapter I will probably retire. But if Real wants me to stay here 10 years, I'll stay another 10 years”, tells @AAlciato on @primevideoit. ⚪️ #RealMadrid

“National team in the future can be an option. Canada? Why not? I’d like it”. 🇨🇦 pic.twitter.com/mjhBQm5qJn

"After this Real Madrid chapter, I will probably retire," Ancelotti said. "But if Real wants me to stay here 10 years, I'll stay another 10 years."

But the Reggiolo, Italy native wouldn't rule out international management with Les Rouges on his mind.

"National team in the future can be an option," Ancelotti said. "Canada? Why not? I'd like it."

Los Blancos clinched their 35th La Liga title on Saturday with a 3-1 victory over Espanyol. The league title was Ancelotti's first in Spain to go along with titles in England (Chelsea), France (Paris Saint-Germain), Germany (Bayern Munich) and Italy (Milan). As a player, Ancelotti won three Serie A titles with the Bianconeri and Roma.

Ancelotti and Real will now look to overturn a 4-3 aggregate deficit as they head into the second leg of their Champions League semi-final tie with Manchester City on Wednesday.