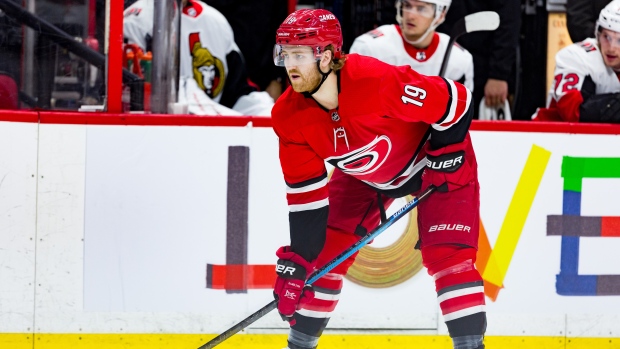 Hamilton has not skated since leaving last Wednesday's practice early with an undisclosed ailment.

The 27-year-old missed time in the regular season with a broken but was back with the team as they prepared for their play-in series with the New York Rangers. He had 14 goals and 26 assists in 47 games for the Hurricanes this season.

“He’s a talented player and very unique on the offensive side of things,” Brind’Amour  said last week of Hamilton. “He was certainly missed when he was out for a large portion of the year and he’s a huge part of the offense of our team, so obviously we’re hoping that this isn’t something that’s long term.”

Carolina will play their lone exhibition game against the Washington Capitals on Wednesday and open their play-in series on Saturday.