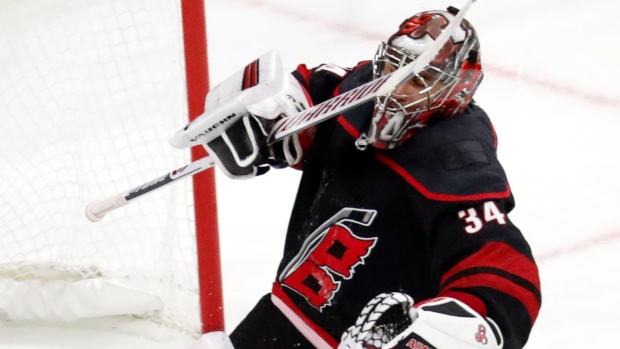 The Carolina Hurricanes have signed goalie Petr Mrazek to a two-year deal with an average annual value of $3.125 million, the team announced on Monday.

Mrazek spent six seasons with the Detroit Red Wings after being drafted by the team 141st overall in the fifth round of the 2010 NHL Draft. The Red Wings traded Mrazek to the Philadelphia Flyers in February 2018 in exchange for a fourth-round pick in the 2018

NHL Draft and a third-round pick in the 2019 NHL Draft.

Mrazek is coming off a one-year, $1.5 million contract that he signed with the Hurricanes in July 2018.