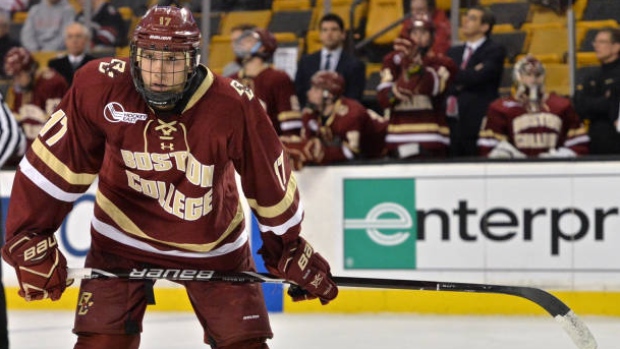 The Carolina Hurricanes announced today that they have signed brothers David and Jason Cotton to entry-level contracts starting in the 2020-21 season.

David recorded 15 goals and 39 points in 32 games during his senior season at Boston College where he served as team captain. He registered 127 points over four NCAA seasons. He was drafted by the Hurricanes in the sixth round (169th overall) at the 2015 NHL Draft.

Jason was named a Hobey Baker finalist after netting 20 goals and 37 points in 34 games with Sacred Heart this season. In 110 NCAA games over three seasons at Sacred Heart, Jason posted 81 points. He also skated in eight games with Northeastern during the 2015-16 season.

"David and Jason both had very productive senior seasons this year," said Hurricanes general manager Don Waddell. "We've been pleased with David's progress over his four years at Boston College, and his brother Jason was recently named a Hobey Baker Award Finalist. We're excited to see what they can accomplish at the professional level."