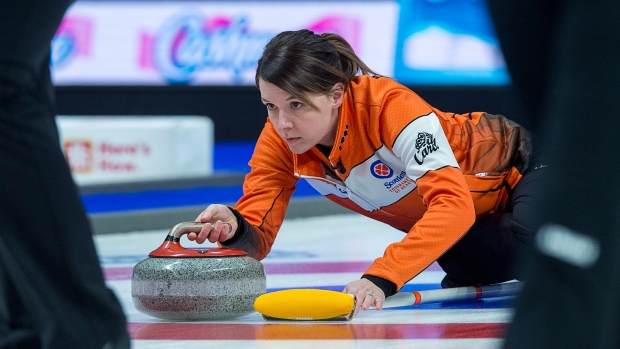 Weeks after revealing her current squad will be parting ways at the end of the season, the 34-year-old skip announced on Monday she will play with third Kate Cameron, second Taylor McDonald and her sister Jessie Haughian at lead, starting in the 2022-23 season. The Scheidegger sisters have played together for a decade.

Some of you may have guessed it already, but here is the official Team Scheidegger come the 2022/23 season!

Make sure you give our page a follow for some upcoming giveaways! pic.twitter.com/zPv4daaRsU

Cameron, 30, and McDonald, 28, have played with Laura Walker in Alberta for the past three seasons, appearing in three straight Scotties Tournament of Hearts and this season's Tim Hortons Curling Trials.

Scheidegger's current rink of Cary-Anne McTaggart, Haughian and Kristie Moore went to two Scotties in 2018 and 2019. They also competed together in the 2017 and 2021 Canadian Olympic Trials, finishing with a 4-4 record at the most recent Trials in November.