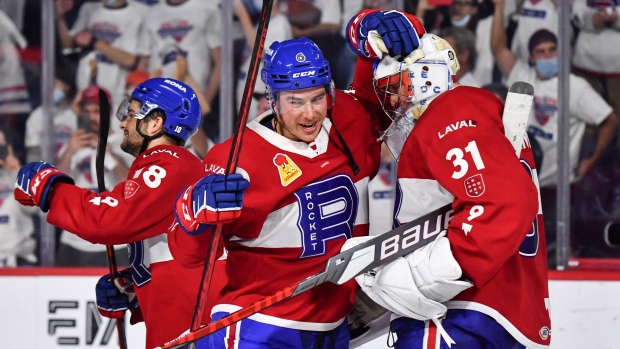 LAVAL, Que. — Cedric Paquette scored the game-winning goal midway through the third period Thursday as the Laval Rocket beat the Syracuse Crunch 4-1 to take a 2-1 lead in the best-of-five AHL playoff series.

Paquette's goal came at the 8:49 mark of the final third on the power play to break a 1-1 tie and bring Laval to the brink of a division final berth.

Remi Elie scored the Crunch's lone goal to tie the game at 4:49 into the second period.

Danick Martel opened scoring for the Rocket, giving them a 1-0 lead just 2:43 into the contest on the power play.

Jean-Sébastien Dea and Louie Belpedio each scored empty-net goals late in the game to pump Laval's lead to 4-1.

The Rocket will have a chance to close out the Crunch in Game 4 Saturday in Laval.