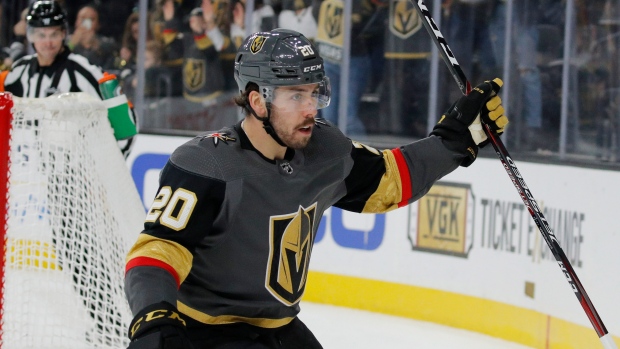 Vegas forward Chandler Stephenson is not on the ice as the Golden Knights begin their skate Friday morning according to Joshua Clipperton of the Canadian Press.

Chandler Stephenson not on the ice as the Golden Knights begin their morning skate.

Vegas is the first team to step on Canadian ice since last season’s bubble. pic.twitter.com/va8jF6XJmQ

Stephenson was a late scratch prior to Game 2 and Knights head coach Peter DeBoer told reporters Thursday he was day-to-day with an upper-body injury.

He recorded one assist in 17:26 of ice time in the Golden Knights' victory in Game 1 of the series.

The 27-year-old had 14 goals and 21 assists for 35 points in 51 regular season games for Vegas this year, his second in Sin City after coming over in a trade with the Washington Capitals in December of 2019.

Game 3 will go from the Bell Centre in Montreal Friday night with the Habs and Golden Knights even at one game apiece.