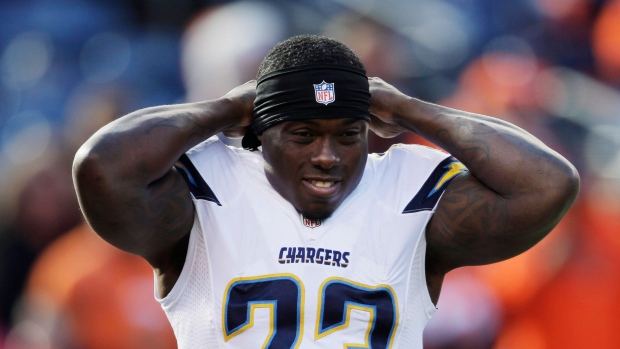 To make room, centre Doug Legursky was placed on injured reserve Tuesday with a knee injury and linebacker Kevin Reddick was waived.

Legursky injured his left knee in Sunday's 31-0 victory against the New York Jets.

Ronnie Brown adds depth after Donald Brown sustained a concussion Sunday. Ronnie Brown appeared in three games for the Houston Texans this season before being released last week. He played for the Chargers during the 2012 and 2013 seasons, appearing in 30 games with one start.

Robinson played in 19 games with Cincinnati the last two seasons. He spent the first five weeks of this season on the Bengals' practice squad.