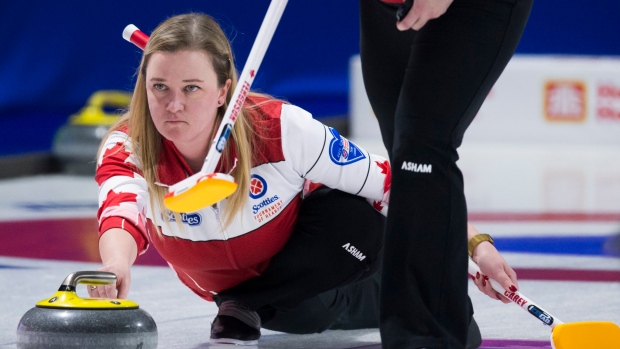 Shorty after it was officially announced that Manitoba's Team Tracy Fleury will be a Wild Card team at the Scotties Tournament of Heats, the East St. Paul rink revealed that Chelsea Carey will replace Fleury at the skip position inside the Calgary curling bubble.

Fleury will stay home with her young daughter, Nina, who is receiving treatment for a medical condition.

"They will be cheering us on safely at home," said the team on Twitter. "The team supports this decision and the Fleury family is in our thoughts."

Excited to be heading back to the Scotties!! pic.twitter.com/Zbm9uTdPuu

Team Fleury earned their wild-card spot thanks to their No. 2 ranking on the Canadian Team Ranking System.

Carey's team disbanded in the off-season leaving her a free agent in 2020-21 until getting the call from Team Fleury for the Tournament of Hearts.

The 36-year-old Carey is a two-time Canadian champion.