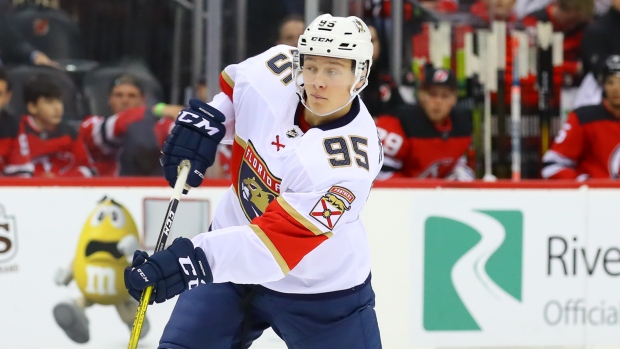 The Chicago Blackhawks have agree to terms with forward Henrik Borgström on a two-year, $2 million deal that will run through the 2022-23 season, the team announced on Wednesday.

Borgström finished the regular season with 21 points (11G, 10A) in 30 games for HIFK in the Finnish Elite League. He added two goals and three assists in eight playoff games this year. https://t.co/eEgHtXH9kk

The 23-year-old appeared in 30 games this season with HIFK in the Finnish Elite League and posted 11 goals with 10 assists.  He also had two goals and three assists in eight playoff games.

Borgström appeared in 58 games for the Florida Panthers after the team selected him 23rd overall in the first round of the 2016 NHL Entry Draft and produced nine goals and 10 assists.

The Blackhawks acquired Borgström from the Florida Panthers in April.