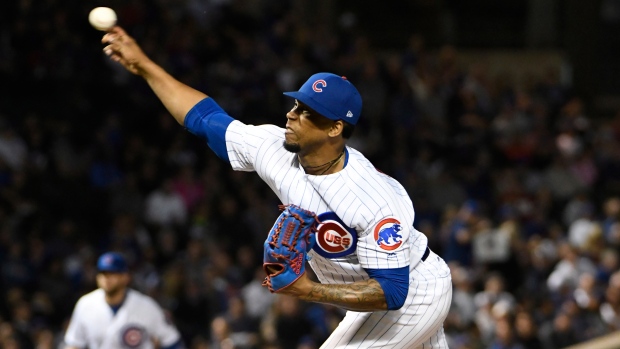 MESA, Ariz. — Chicago Cubs reliever Pedro Strop is away from the team after he violated baseball's COVID-19 protocols.

The 35-year-old Strop is in camp on a minor league deal. The Cubs said Major League Baseball will decide when Strop is allowed to rejoin the team.

Strop is trying to make it back to the majors after a tough season last year.

The veteran right-hander signed a $1,825,000, one-year deal with Cincinnati after the 2019 season. He was let go by the Reds last August and then signed a minor league contract with the Cubs. But he didn’t appear in a big league game for the rest of the year.

Strop was a fan favourite during his first stint with Chicago. He was acquired along with Jake Arrieta in a 2013 trade with Baltimore for Scott Feldman and Steve Clevenger.

Strop had 2.90 ERA in 411 appearances with the Cubs over seven years, mostly in a setup role. He was a key member of the 2016 team that won the franchise’s first World Series title since 1908.